I know it has been a while since I posted.  But given the amount of change and chaos that have happened over the past few weeks I think that’s understandable.  Let’s recap.

In my previous post about the move I discussed the considerations and decision process behind choosing my new job.  Once we made the decision and worked out the timeline, the next step was figuring out when to leave and what to take with us.  I was prepared to be all minimalist – sell everything that wouldn’t fit into checked bags and start over.  But my new employer included a full relocation in the package that they offered me.  I asked if they would give me additional cash instead of paying to move my stuff, but they would not.  Too bad, I would have rather had the money.  In the end we decided to move a selected subset of our furniture in hopes that we would be able to save money by renting an unfurnished place. 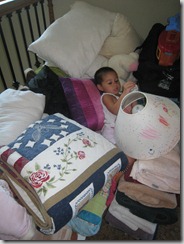 Once we decided to go forward with the sea cargo shipment it occurred to us that we should go to Costco and stock up on items that are hard to find or expensive in the Philippines.  $800 later we had a big stack of goodies in the family room when the movers showed up. 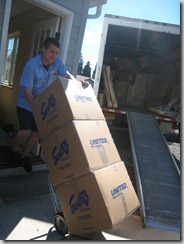 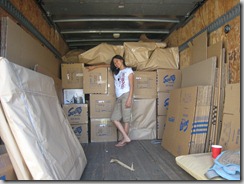 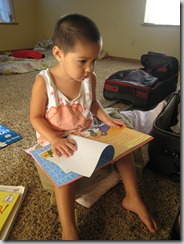 It really started to sink in that everything was changing after we sold our beds and the movers picked up the sea cargo shipment.  We ended up essentially camping in an empty house for our last week.

Our last week was a whirlwind of last minute preparations and saying goodbye to family and friends.  It’s one of life’s ironies that after you’ve made the decision to move away that you renew and refresh friendships with people you haven’t seen for a while.  I was really reminded of what a great group of friends we have around the Portland area.  Thankfully social media lets us stay in touch virtually, but of course it’s not the same. 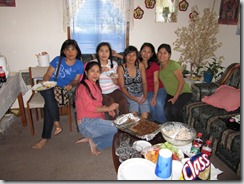 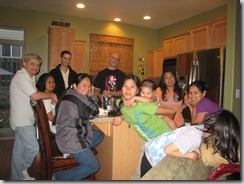 I’ve come to realize that this story is very long, so I’ll leave off here and pick up next time with the details of the flight itself and our stopover in Hawaii.