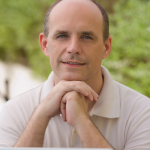 I am a technical fire fighter – I frequently solve difficult problems that others cannot. I also translate from geek speak to English or even biz speak (the horror!) for the non-technology-obsessed.

I started playing with computers when I cut math class to play Space Invaders in the computer lab next door, and a fine computer lab it was – we had both an Apple IIe and an IBM PC with dual floppy drives! I was the quintessential geek – only one girlfriend during high school, but I was the Rubik’s cube champion of the school.

College turned out to be an exercise in youthful rebellion and defiance of others’ expectations. Although I had a National Merit Scholarship, I dropped out after three months, a decision I later came to regret. Twenty-five years later, I finally finished my Bachelor’s degree. I used a combination of challenge tests, certification exams, prior learning assessments, and one online class to get it all done in only nine months. It’s good thing I got an A for the one class – everything else was pass/fail. I considered going on to an MBA, but I came to realize that the doors that an MBA would open would not lead me to places that I want to go, so that’s on hold unless something changes.

After I dropped out of college, I was able to find a job working with computers and accounting that launched me into an IT career. I worked my way up the ladder, reinventing myself several times along the way. After starting out with accounting and clerical work at a home health care agency, I moved on to a local computer store and consulting practice. Over my years in consulting I transitioned from desktop support to network engineer to enterprise software developer. I also became a pretty good Linux sys admin and web developer on the side.

About twelve years ago I was the principal investor and technical lead for a dial-up ISP. Unfortunately we outgrew our cash flow and became one of the early casualties in the dot com bust. During that time I also spent some time consulting as an enterprise software developer to bring in extra cash to fund the business. When the business died, I was able to continue the consulting work and eventually transition to a permanent position. Ten years later, I’m still there. Although I find the day job challenging and interesting, my long term objective is to achieve freedom of time and place rather than being strapped to the 8-5 Monday through Friday wheel.

Over the years, I’ve developed an interest in business as well as computers. I like to understand all the moving parts and look for areas of improvement. For many years I avoided sales and marketing, but over the last year, I have turned my focus to that area and now find it fascinating.

When I’m not working, you can usually find me at home with my family. I’ve been married for ten years and am the proud father of two wonderful daughters. Rochelle is almost five, and Chantelle just turned two. I was deeply into online role playing games for a number of years and later online poker, but my wife persuaded me that she wanted to see more of me than the back of my head, so I stepped away from those pursuits. I do still enjoy watching the occasional NASCAR race or football game, but more and more, I’m looking for activities that involve the whole family rather than the solitary pursuits. We recently got a bicycle trailer, so now I’m dragging the kids around the neighborhood in their cozy little trailer. It’s good to be a dad.